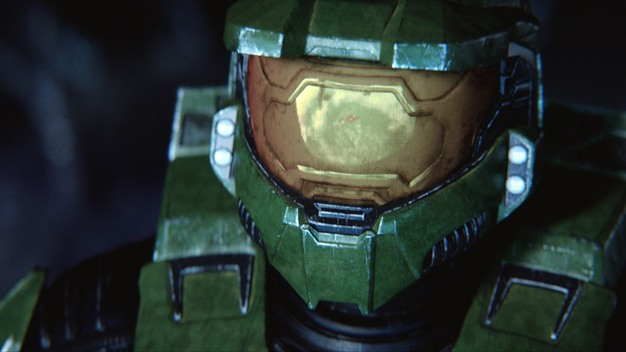 Today is apparently the original Xbox’s 15th Birthday. Yep 15 years ago Microsoft launched their gaming behemoth with its ridiculously oversized controller on the gaming world.

You will probably read a lot of tributes to original Xbox today, and rightly so. I had one (the see-through special edition, baby!) and loved it, but whilst it started Microsoft’s journey and gave us Xbox Live and the stepping stones for Xbox 360, Xbox One and the soon to be Project Scorpio (they have to change that name because every time I hear it I think of a big 80’s Ford family hatchback that is being restored in an old man’s garage) the lasting legacy of what this bad boy bought to the table was Halo: Combat Evolved, which is also 15 years young today.

Now, there are plenty of articles dotted around the web about Halo’s origin and how it came to be on Xbox and went on to become a game changing FPS and blah, blah, blah. All very true but rather than paying tribute to the game itself, I want to raise a glass and cut some cake with the big man himself: Master Chief.

Before I prattle on, it’s only fair to say that there are some Halo related spoilers beyond this point.

Now to some, Master Chief is just another dude in a space suit who shoots bad guys and saves the world, and whilst that is true, it is his character that I think makes Halo, Halo. Nothing revolutionary, another strong silent type with a mask on but without him and his aura, a Halo game is just another first person shooter. A bloody good first person shooter granted, but I think Halo’s success is more than just the mechanics of the games themselves, and the created universe that they operate in. I like to think a lot of the franchise’s success is down to the 7ft man mountain.

Which is why I feel any Halo games that do not feature Master Chief or are light on his involvement in the game do not reach the heights of those that do. After all, I’ve spent countless hours following his saga and feel I have an emotional interest in what that big, green, alien ass kicking machine will do next. Therefore, however highly I personally rate Halo 2, Halo 3: ODST, Halo Reach and Halo 5, they  don’t reach the heights of the others in the series for one simple reason. Not enough Chief.

Halo 3: ODST is my favourite of those that are Chief-less/Chief-lite. ODST has its charm almost because of that. The whole point is you are not a 7ft tall super soldier, you are essentially a space paratrooper. You are more vulnerable to attack, you don’t have shields that recharge, the enemy AI is not scared of you like the Grunts are in Chief filled Halo games because they do not fear you. They don’t run away, they charge. The thing with ODST is that it has been designed that way. The whole point is, you are not the Chief. The others either don’t have enough of him in (Halo 2 and to a criminally underused extent in Halo 5) or not at all (Halo Reach) yet the gameplay is the same.

Now before I boil a whole cauldron of fanboy piss with my thoughts about Halo Reach, I would like to clarify. Yes, it is a brilliant game, some may argue the best in the series, but let’s be honest if the rookie in the game had actually been Master Chief in the Combat Evolved armour the game would have been held in much higher regard.

Whilst I have got the fanboys anger, I might as well plunge the knife in/stick the plasma grenade and say that personally I think Halo 4 is one of the series best. I loved it because it was a Halo game in its play and feel, but more than that it dived into the Chief’s character and his relationship with Cortana like no other game had previously. At the end of the game I had been kicked right in the feels. I was gutted for the big green dude.

Halo 5 carried this over on the few Chief levels that were present but again, because the majority of the game you were playing as Spartan Locke I couldn’t help be disappointed with the game. Also who’s idea was it to have Locke rescue Chief at the end? Chief rescues you, you don’t rescue the Chief. Scandalous

Whilst on this point:

Ta muchly for the Xbox, the Halo franchise and all that. You rock. But for Halo 6 please can we have a campaign where we control Master Chief. No Arbiters, no other Spartans, just Chief.

Anhoo, my waffle about this now comes to an end and I hope I have conveyed why, personally, I feel far more invested in Halo’s story and universe when in control of good ol’ Spartan 117. Because with every mission and every quip with Cortana, you would learn a little bit more about him but not too much. Throw on top of that, Bungie and 343’s decision to never show his face (this is something that I hope always remains) it adds perfectly to the whole mystic and aura around him that keeps us coming back.

So here’s to the Master Chief. Happy 15th Birthday John, here is to many more years of shooting aliens in the face.